Mosquito is Spanish for “little fly.” There are more than 3,500 species of mosquito, and mosquitoes are found in every region of the world except Antarctica. During the peak breeding seasons, they outnumber every other animal on Earth except ants and termites! Approximately 50 mosquitoes species can be found in Utah.

Life Cycle of a Mosquito 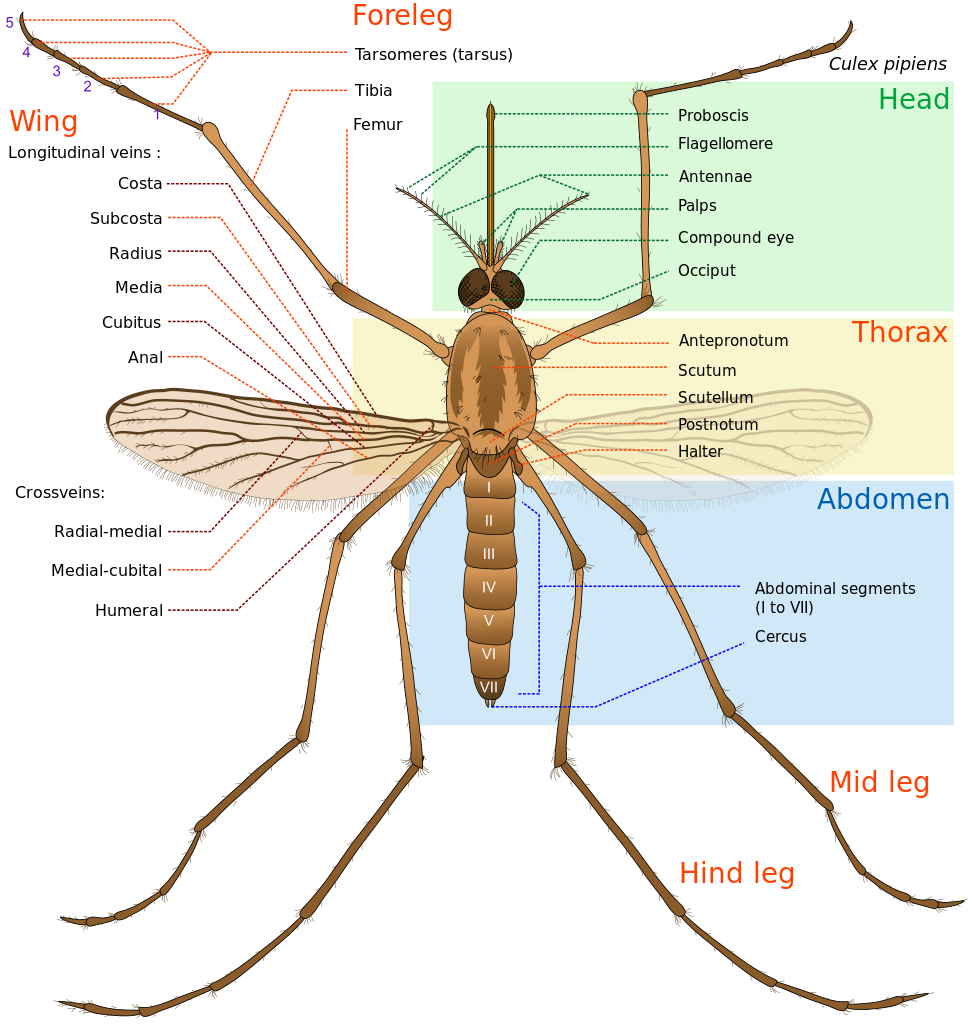 Mosquitoes have four distinctive life stages, with the first three stages being spent in the water. An adult female lays about 100-200 eggs in clusters called rafts, which float on the surface of the water, or singly on the waters edge, depending on the species of mosquito. Mosquito larvae hatch from eggs, often within 2-3 days, but some eggs can remain viable over winter months, or periods of drying lasting up to several years to hatch when conditions are more favorable.

Mosquito larvae are found in a wide variety of standing water sources including fish ponds, abandoned swimming pools, stagnant and polluted waters, log ponds, snow pools, brackish water, horse troughs, artificial containers, and even discarded car tires. The larvae come to the surface of the water to breathe through a tube called a siphon and feed on small organic particles and microorganisms in the water. Over the course of several days to a few weeks, mosquito larvae progress through four stages (called instars), becoming larger in each successive stage, before developing into pupae.

Like the larvae, mosquito pupae live in water and breathe air at the surface of the water. During the pupal stage, the mosquito does not eat. It breaths through two tubes on its back. The adult mosquito grows inside the pupa and in several days, when it is fully developed, it splits the pupal skin and emerges to complete the life cycle of a mosquito. The newly emerged adult mosquito rests on the surface of the water allowing itself to dry and all its body parts to harden before flying away to feed.

What can you do?

Small efforts around your home can significantly reduce mosquitoes! Start by looking around your yard and eliminating any standing water. Even a mere tablespoon of water can produce many mosquitoes! The graphic below may help you identify some possible places water collects and mosquitoes can breed. 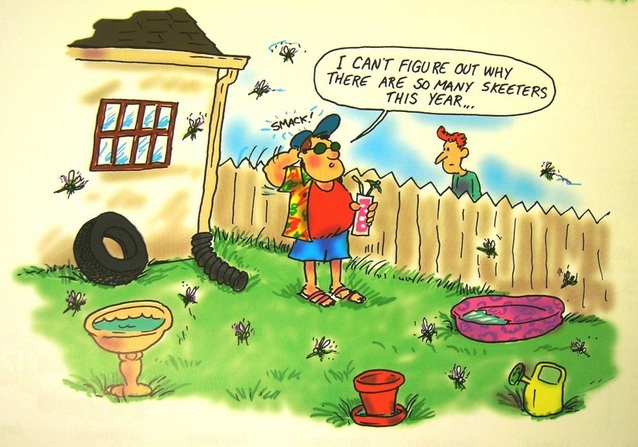 Part of our mission as a Mosquito Abatement District is to educate the public about mosquitoes and mosquito-borne disease prevention. We do presentations for city councils, home owners associations, senior centers, health fairs, city events, schools and more! Watch our Facebook page for upcoming dates and locations.

Contact our Education Specialist for more information about scheduling a presentation for your group.

Are you a teacher?

Or do you know a teacher that may be interested in having us visit a classroom? We have a one-hour presentation that fits in with the 4th and 5th grade curriculum. We discuss disease prevention, life cycles, wetland habitat, and characteristics promoting survival in a particular environment, etc. We have given numerous presentations at other schools and are willing to provide teacher references.

To schedule a presentation October – March please click below to see our open slots and register your class.  For other dates please call us to schedule it with you. 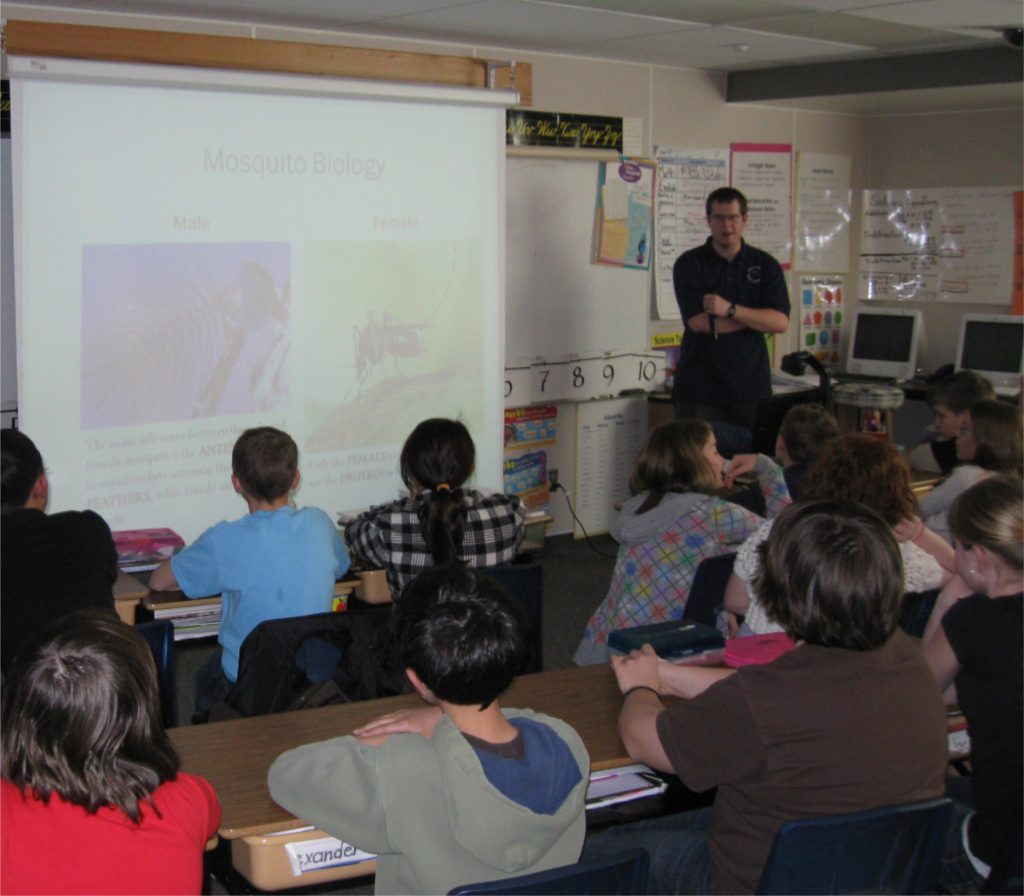